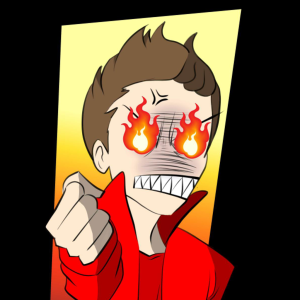 FIFA 17 is a mediocre game and you know it

I had to write something about FIFA sooner or later. Finally I got the chance to test the latest entry in the EA Sports saga, but this article won’t be an exhaustive analysis as the one I wrote about PES 2013. The objective now is to speak about something I’ve noticed in FIFA for years, but this year is more evident than ever. FIFA is a mediocre game.

Why does FIFA sell so many copies?

This won’t be the last time someone asks why FIFA sells so much, why it destroys PES so easily regarding sells each year. There are many factors in play, like advertising, good reviews, licenses, online modes… but none of that matters if the game isn’t good when you play it, right? All those factors could influence people to buy the game once, but if the game was disappointing, then they wouldn’t buy it again, except they are fond on masochism. The only explanation, then, would be that FIFA’s gameplay is actually good. But, if that’s the case, then why is the gameplay the main point of criticism when we talk about FIFA? Even FIFA all time players complain about this.

FIFA is an accesible game

FIFA is an accesible game. Not only thanks to its menus and its “friendly” esthetics but thanks to its gameplay too. I’ve always said FIFA is easier than PES in everything you can do in a pitch except scoring. Running, dribbling, passing, shooting, sliding… everything except scoring a goal is easier. The later is more difficult because the keepers are very good and defenders tend to block every  shot made from outside the box. I’m not asking for extreme difficulty like the one PES provides playing manual, but missing two passes per match is ridiculous. Playing first touch passes through the field pressing a button and barely pointing the stick to where a teammate is isn’t enjoyable or rewarding. We should add ball control and first touches are always perfect and every player will always keep the ball close to his feet while running, they’ll be agile even if they’re called Gerard Piqué. Then we’re not dealing with a simulator here, we have a fast paced game that tries to be accessible for casual players.

Reality is, most people playing football games are casual players. They want to run the game, play a couple matches and do something else, or they want to own the game to play friendlies against some friends. There’s nothing wrong with this, but what we have to understand is that EA Sports tries to expand horizons more and more so no one is left out. If you make an easy and entertaining game, then both the long-time followers than are spend half of their lives playing the game and casuals will enjoy the game either way. That’s how you get the entire audience.

This is not necessarily bad… but it is

The important question is, is there something wrong with this? It has to do with the type of gamer you are. If you don’t play these kind of games frequently or if you don’t care much about football in real life and don’t watch matches, then you’ll probably have a good time, as you only have to press some buttons to witness amazing plays. Your players won’t ever fail controls and you’ll never miss a pass, so it’d be weird if you end up frustrated, even if you lose. The problem appears when you’re not a casual player, or at least not a football casual gamer. When you know about football and have experience with these kind of games, you feel cheated when you see anyone can perform amazing plays with any team haven’t even played the training before the match. What really matters is who can run faster to goal. With two passes you can reach the goal line.

Sadly, a huge amount of players don’t care about tactics. Playing possesion in FIFA 17 is almost impossible, the game is so fast that it forces you to play the ball forward constantly and run into space. Defenses leave holes for strikes to penetrate way too easily, what makes counterattacking a pleasure, even if you’re playing All-Out-Attack and the rival is parking the bus. I’m not sure I can blame the players defending this, though. FIFA 17 is probably the most dinamic and fluid football game I’ve tested till this day. It’s fast, but not as fast as PES 2013, more fluid than FIFA 16 thanks to the new animations that make players look lighter, more accesible than PES 2017 and that’s going to make it more attractive to a lot of players. It’s fun, denying that would be stupid. But the fact that every team plays exactly the same way and being able to perform any play without effort takes all the emotion and stakes away. Therefore, when you win you cannot avoid to think “well, the CPU has done everything for me really, this is all authomatic”.

Is the hardest game the best?

I’m not against simplicity. A game can be simple and extremely good and the same could be said about any kind of production. Sometimes something simple can be better than something complex (or that pretens to be). For example, freekicks in the latest FIFA. The freekick system has changed and so has the penalty and corner system. It’s way more complex that it needs to be. You have to press too much buttons and look to various places simultaneously, but that type of actions should be simpler. In any case, doing something spectacular like scoring the perfect freekick hitting the top corner should be difficult, but being able to shoot a freekick shouldn’t be the most difficult thing ever. Through passes and dribbling the entire rival team should be difficult, though.

FIFA may be a fun game… but not a simulator

Coincidence? I think not. Everything is easy to ease the gameplay agility and speed, so anyone can play like the best even if that person hasn’t touched a football game ever. I’m in favor of making a friendly game that anyone can play. The problem arises when you sacrifice everything that could make an excellent football game to turn it into a racing game. Perhaps not being able to dribble 11 players wouldn’t be as fun as FIFA Street… but the game could be a little more realistic. I’m not even asking for Gran Turismo realism here, but something that comes close to ressemble real football. Until then, I’m sorry, FIFA, you’re not simulator.

FIFPRO Stats is the ultimate Pro Evolution Soccer and EA Sports FIFA player database. We have stats for more than 17.000 football players all around the world, and each player has stats corresponding each football game. We also write articles and dedicate time to keep you updated with football news.
This website uses cookies to improve your experience. We'll assume you're ok with this, but you can opt-out if you wish.Accept Read More
Necessary Always Enabled
wpDiscuz